How do you stimulate students to buy books during the summer? The studystore Scholarship was conceived to solve this problem. This is the idea: come up with an original way to pay in kind and you might win full compensation for a year of studying. Commissioned by Clockwork we worked on a non-spot advertising campaign in collaboration with “De Avondploeg” of Dutch radio station Radio 538.

studystore is students’ go-to shop for buying and selling their textbooks. But how do you get them in your store during the summer, when they’d rather be on the beach? Clockwork came up with the studystore Scholarship and went on a quest in search of Holland’s super-student. The student that came up with the most original way to repay would receive a complete compensation for a year of studying, including everything from tuition fees to pizzas. Clever developed a non-spot advertising campaign in collaboration with “De Avondploeg” of Dutch radio station Radio 538.  We mostly used social media channels to target students and to trigger them to sign up. We also took care of the entire media planning and procurement.

In the end, the campaign led to a 16% increase in transactions during the campaign period! View studystores website here. 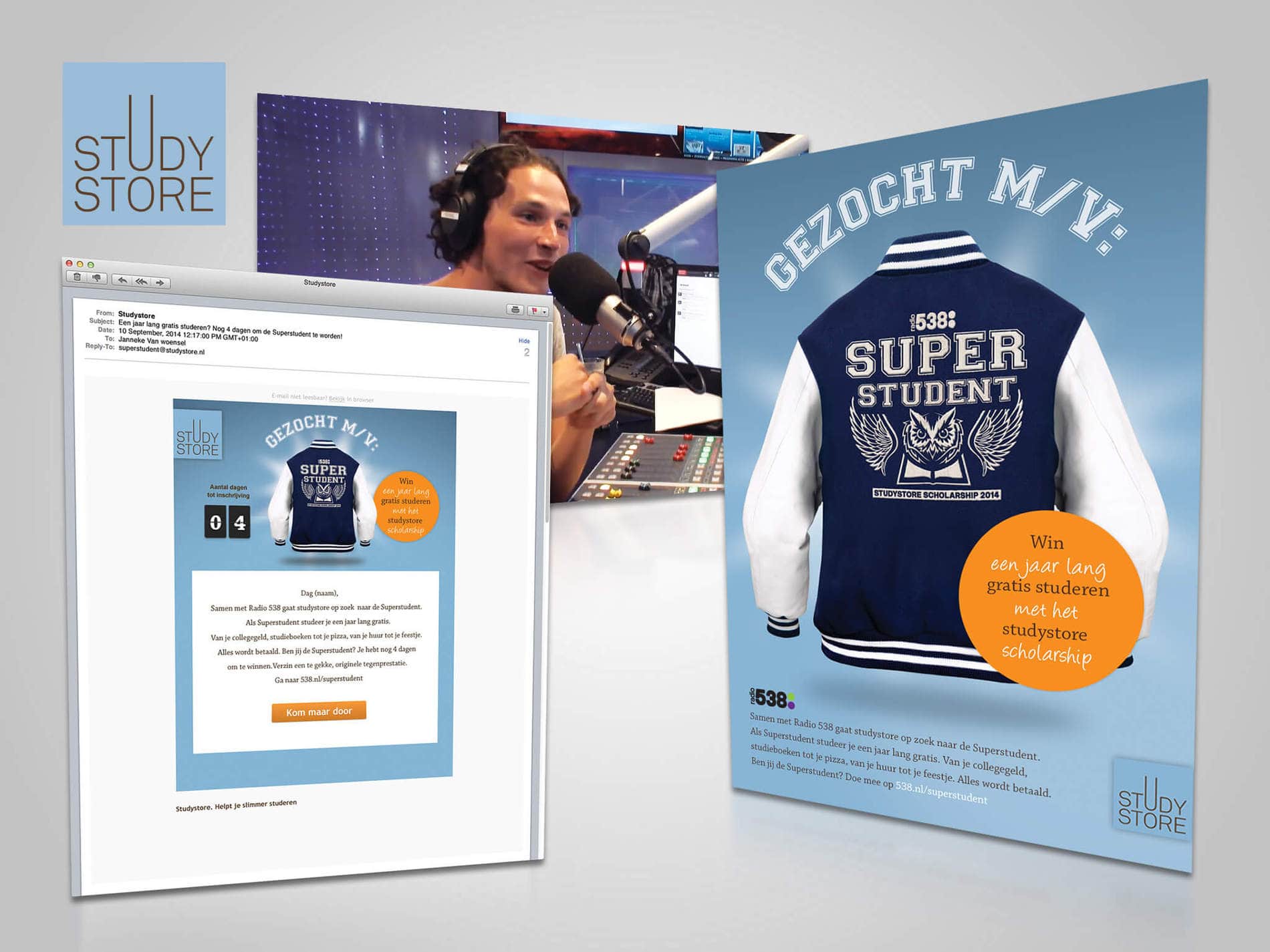